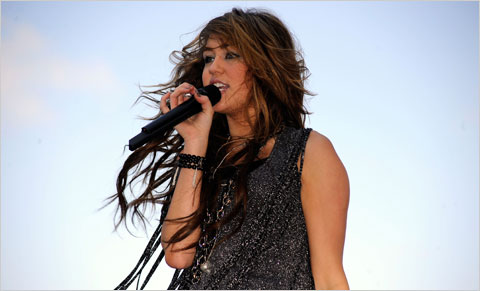 Marc has a well thought-out takedown of a pair of Ethicist posts by New York Times columnist Randy Cohen on ticket scalping.    Cohen defense Miley Cyrus’ practice of instituting anti-scalpling measures by asserting , basically, that not everything should be auctioned off to the highest bidder, and performers should be allowed to license out the right to listen to their performances.

But why would they?  Artists can easily ride the demand curve, auctioning off tickets or otherwise maximizing revenue.  Even if they do not have the ability to do it themselves, they can partner easily.  Take Major League Baseball: They have an agreement with StubHub, allowing the latter to re-sell tickets, with the league and its member clubs taking a cut.  Why would Cyrus not do the same?  Is she really thinking of her fans?  If so, she’s spending a lot of money — in lost revenue — to be “fan-friendly.”

No so, Marc argues.  Rather, and correctly, I think, he proposes that artists are more interested in selling out venues than maximizing revenues.   Why?  Because failing to sell out a show signals a lack of popularity, and in their world, popularity matters.

Which is reinforced by another thing that can happen on the secondary ticket market: Ticket prices can actually fall below face.  I spoke to Mark — yes, another Mark — an experienced ticket arbitrager, and found that prices actually fall more often fall below face value more often than you think.   He says that Cyrus, who is popular everywhere, is an extreme outlier: even tickets to Britney Spears’ shows in sparsely populated areas during her recent tour could be obtained at face (or perhaps under) on the secondary market.  And if that were to happen, again, we’d have a signal of waning popularity.

Cyrus is participating in the latter market, which is a market for an even scarcer commodity: attention.  Popularity fuels attention.  Attention leads to listeners, viewers, and over time, more and more revenue.  Losing attention is too risky, and scalpers put it at risk.